Enfusion Kickboxing is one of the world’s top Kickboxing organizations. Their events are held all over the world, from their home base in the Netherlands to Spain, Germany and many other countries. Their events are highly produced with everything being filmed with the latest state of the art equipment. Despite seemingly doing everything right when it came to producing an event, on Facebook they were coming up short. 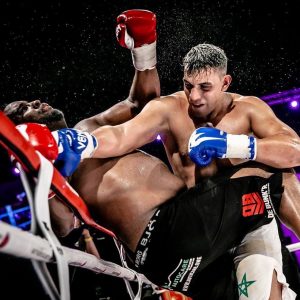 With Enfusion seemingly doing everything right production wise, it was odd that none of that had transitioned over to social media despite having a social media team in place. Despite their teams worthy efforts, they couldn’t breakthrough with fans.

Facebook can be a tricky platform with its ever changing algorithm and rules and if your social media team is not versed in keeping up with the constant changes they will quickly fall behind. This leads to many business to think social media isn’t worth the time and effort or it flat out doesn’t work.

Convincing a company to embrace social media platforms like Facebook when they have had an average experience is difficult and as expected skepticism is normally the first reaction when telling them you can change it around. Enfusion was no different, but they were also willing to make a change given rakcna MEDIA could prove it wasn’t all talk. 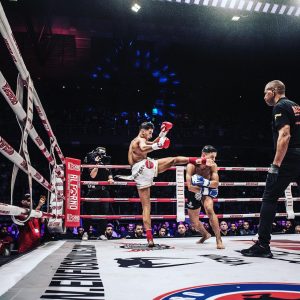 Knowing their audience was fight fans because of past data it was possible to identify age range, gender, and most likely location of someone that would engage with their brand. The next step was creating the content that worked best for the Enfusion. With a large library of events, it was clear it wasn’t being used to is advantage.

Producing content using some of their archive footage that had for the most part not been released was consumed by fans in the millions. What was old was new to fans who love combat sports. Unique edits of these videos helped them go viral with one video in particular reaching over 30 million views in one month.

Enfusion’s numbers skyrocketed. It wasn’t just video views it was likes, followers, engagement and reach. One month with rakcna MEDIA steering their social media ship and the numbers spoke for themselves.